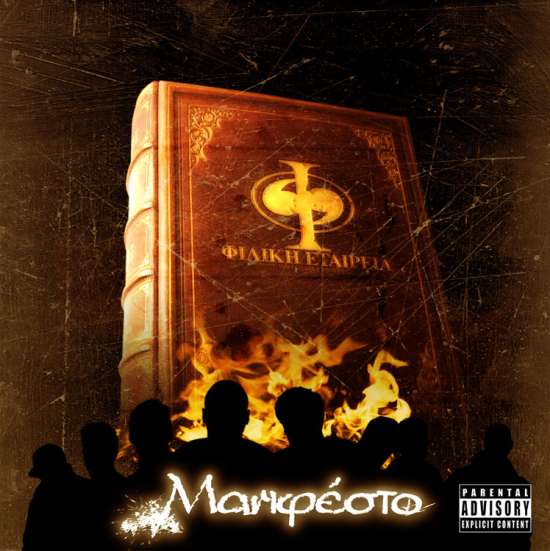 ISO XL: This newcomer has already managed to make his name known throughout Northern Greece via his (now on pause) radio show on Banana FM. With a diverse background of musical influences, ranging from Obituary and Napalm Death to Kool G Rap and Immortal Technique, this youngsta brings forth raw and grimy lines of lyrical wordplay.

SMA: The trio of DJ Space, Alchimistis and Disastah has been dwelling in the underground for quite some time. With their major debut release, "To Kimilio" (The Heirloom), due out this month through EMI, SMA are ready to establish themselves as one of the major forces in Hardcore Hip Hop in Greece. DJ Space lays the foundation for Alchimistis and Disastah to drop lyrical bombs and raw flavor – very much present throughout their work.

Diveno: A&R of Real Stuff Records and beat wizard Diveno is someone every rapper in Greece would kill to work with. Producer of the massive underground hit “Game Over” by UK rapper Alex Blood, Diveno brings his skills back to Greece, working with a diverse range of artists – from newcomer NEON to well-established acts like Tang Ram.

Adamantas: One half of the Hip Hop/Electro/Punk/You-name-it powerhouse Professional Sinnerz, Adamantas has made crowds throughout Greece jump – whether they liked it or not. Pro Sinnerz’ official debut “Nothing is a Coincidence” has been storming sound systems since its release, receiving praise from both critics and fans for its innovative sounds.

Sparky T: 7xDMC Hellas Champion, World DMC Battles Judge, former member of the legendary FF.C, party rocker, radio host, Eclectic Breaks development team member – Sparky T’s name speaks for itself. A living legend in the scene, he’s been keeping himself busy for the past 20 years, raising the standards for turntablists all over.

Sifu VERSUS: Self-confessed weirdo, beatsmith and mic fiend Sifu VERSUS is someone you either love or hate. Regardless of your stance, Sifu VERSUS is also someone you respect. From early era demo tapes in the mid 90s to collabos with internationally acclaimed acts, from local bars to rockin’ Hip Hop Kemp, Sifu VERSUS has done it. After a health issue that led him staying away from the game, September 5th is the date Sifu repeats what he had said months ago – “It ain’t over till the fat lady sings”… 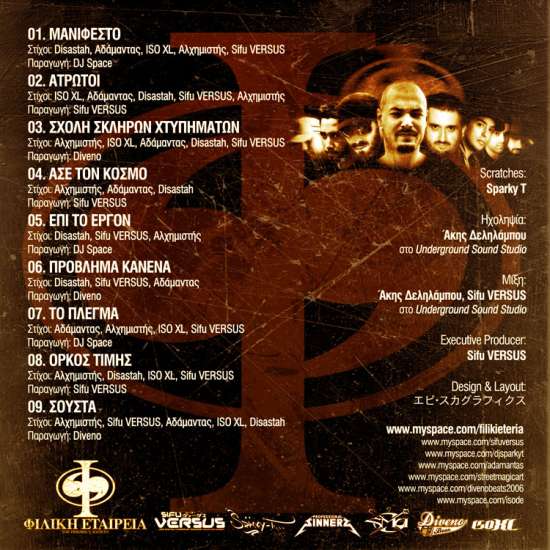