Bugsi - Get my fingers on the cake

Bugsi hosted by Mick Boogie - Get my fingers on the cake

The mixtape game has welcomed Mick Boogie. Having done cd's with artists such as 50 Cent, Common, Eminem, Busta Rhymes, Ghostface, Nas, Young Jeezy, Kanye West and more, artists and labels look to Mick to help break their artists in the competitive global urban marketplace. MTV refers to Mick's discs as "truly amazing." Retail powerhouse Mixunit.com ranked Mick one of the 30 most important people in mixtapes. Music review site Rapmullet.com states: "Mick Boogie is the go-to DJ to get that creative promo buzz out to the masses!"

Mick Boogie and up and coming new artist Bugsi Hit the scene with this new innovative sound in music to get their fingers on the cake. Bugsi no stranger to success hustled his way out of the streets of Steubenville Ohio which is often referred to as killaville or capspeel for the frequent amount of crime and killings for such a small town of 20,000. To hustling his game on the west coast and branching of into real estate and music instead of being the normal everyday bumass drug dealer.

Bugsi has sinced opened up shows for Busta Rhymes, The Roots, Outkast, D12, Xzibhit, Talib kweli, Krs1, and many more. Now with the streets and internet buzzing over the collabo between Mick Boogie and Bugsi, ain’t no telling what’s next for these two future stars! 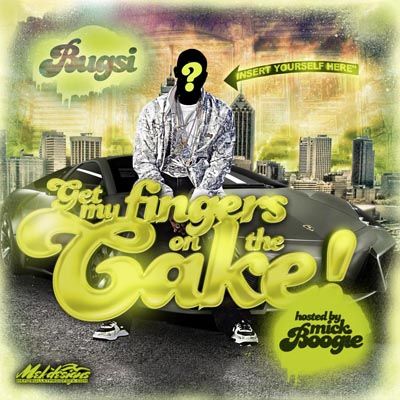